By shabanamalone
There are a few instances in which life imitates art and irony shows itself in the motion picture arts and pop culture.  These are moments when I feel like God is laughing and pointing.  Here are some examples that are much cooler than the ones in the Alanis Morissette song:
1. The Superman Who Couldn’t Walk: The man of steel, the man who could fly, the gorgeous man with x-ray vision who could leap tall buildings in a single bound…lost the ability to walk.  Such a tragic irony, like God making a joke that’s kinda not that funny, taking away Superman’s ability to walk or even take care of himself, let alone the rest of us.  OK I get it ya’ll.  He was just an actor.  But I think God was trying to say something.  What are you trying to say, God?  Save ourselves?

2. “Mr. Brady died of AIDS”: That was Ethan Hawke’s reply to Winona Ryder when she asked why everything couldn’t “just go back to normal at the end of the half hour, like in the Brady Bunch”.  And his answer sums up the sad irony of Reality, which quite frankly does Bite.  The perfect TV father / stepfather in real life was not a straight, healthy, manly man with all the answers at the end of the day.  Again, what’s the message here?  In real life, my dad was less like Mr. Brady and more like the dad in ‘The Stepfather’.

3.  Prophecy of the marriage of Tom Cruise & Katie Holmes: Cameron Crowe foresaw the union of Suri Cruise’s parents. In the beginning of ‘Vanilla Sky’ when Tom Cruise is dreaming that Times Square was empty, one of the pictures that flashed on the billboard was a magazine cover with Katie Holmes on it.  Was he dreaming of her even then?  Was that just a coincidence or was the relationship staged that far in advance?  Was the director psychic?  Was God trying to foreshadow the future?  Or did watching the movie over and over cause Katie’s image to seep into Tom’s subconscious like a subliminal message?  Because I wasn’t too impressed by her performance in ‘Batman Begins’, as Tom supposedly was.  If he fell head over heels for her watching ‘Dawson’s Creek’ or even ‘Abandon’, I’d kinda get it, but ‘Batman Begins’? Really?  But I digress…

4. Christian Bale auditions for his Terminator Role back in ‘American Psycho’: In arguably his best role EVER, Christian Bale plays a serial killer in ‘American Psycho’ and then, 9 years later, plays the “last best hope of humankind” in ‘Terminator: Salvation’.  The funny thing is that even though ‘American Psycho’ was supposed to be set in the 80’s, Patrick Bateman quoted ‘Terminator 2’ (a 1991 film) when he said, “Hasta la vista, baby!” on Paul Allen’s answering machine.  Why would he be saying a catch phrase that wasn’t even out yet?  Was the actor trying to snag the role of adult John Connor even then?  Or was it just another 80’s era inconsistency in ‘American Psycho’?  I mean, I suppose a rich guy like Patrick Bateman could have CD’s in the 80’s, but did anyone else? 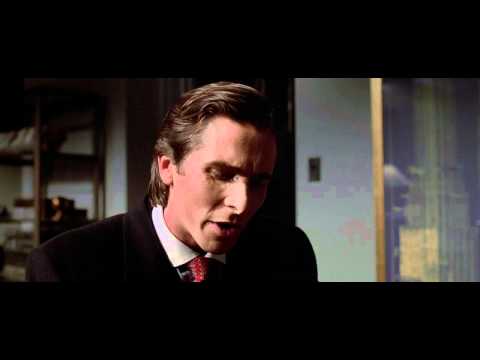 5. Jay Z eats his words: I used to love Jay Z back when he was a Pimp.  I believed him when he rapped, “Me give my heart to a woman?  Not for nothin’, never happen, I’ll be forever mackin'”.  It was around that time I met him at a club and he and his crew fed us Tequila and such.  He touched my stomach on the way out and I think he gave me his pimp juice through osmosis.  Because not too long after, he DID, in fact, give his heart to a woman (and I became a PIMP).  And not just any woman…Beyonce, the same woman he mocked in the song ‘One Minute Man’ with the line, “Get your independent ass outta here, question!”  I bet he apologized for that line on his wedding day, 7 years later.  I have never seen him in the same way.  Sniff.  Jigga, you lied to me.  You lied to us all. 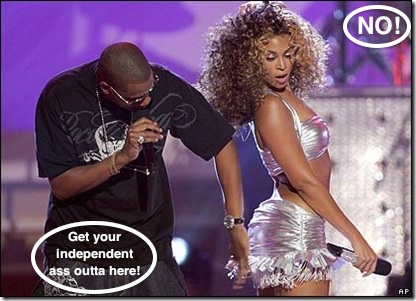 6. Walt Disney is the Devil: We have all heard the rumors.  The number of letters in his full name = 666; he had his head frozen; but to me, other things make it obvious that Walt Disney is doing the devil’s work.  Oh, irony of ironies that the name we associate the most with children’s entertainment is actually pure evil.  (For more on sinful idolatry & Disney, see the movie “Dogma”).  The example that stands out the most is the new Mickey Mouse Club television show.  He unknowingly (?) launched the careers of a bunch of kids who turned out to be gyrating, sexual fantasy-inspiring, minions of the devil.  Cases in point: Justin Timberlake, JC Chasez, Britney Spears, Christina Aguilera, Ryan Gosling, and Keri Russell (not evil but too hot to be good).  So basically, watching MMC is like watching retroactive kiddie porn.  All of the above mentioned were in the same cast and somehow managed to become superstar pop icons who make a lot of money by being sexy and innocent at the same time.  More recently and after his demise, he spawned the likes of Miley Cyrus (twerking pole dancer),  Vanessa Hudgens, (naked picture taker) and Selena Gomez (Bieber-banging Spring Breaker).

The other reason Walt is the devil is because he trains girls early on to become damsels in distress, helpless victims just waiting for a Prince Charming on a white horse to come rescue us.  As a child, I loved his imaginings of Cinderella, Snow White, the Little Mermaid.  But they are VERY VERY BAD for young girls.  It basically teaches us to have no value unless we get the guy.  I could go on and on about the  hidden messages in these films.  And I mean, Sleeping Beauty, come on. A girl is asleep until a guy comes and kisses her?  I relate.  Pure evil.  As an adult, the only message from a childhood Disney movie that I can get behind is in ‘Dumbo’, because it’s basically the law of attraction.  Believe it and it is possible.  Good message! 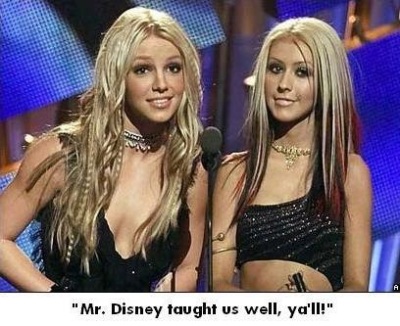 7. Joaquin Phoenix “Cashed” In Early: Anyone who has seen 2005’s ‘Walk the Line’ would agree that Joaquin Phoenix, tortured soul that he is, was meant to play Johnny Cash.  But apparently Oliver Stone knew that back in 1997, when he cast Joaquin in his movie ‘U Turn’.  In one of the only scenes Joaquin is in, he walks in to a diner and the jukebox starts blasting ‘Ring of Fire’.  Coincidence or foreshadowing?  I don’t believe in the former.

9. ‘The Fast and the Furious’ Star Dies in a Car Crash: It may be “too soon” but it certainly is one of the most ironic instances of life imitating art.  The star of the successful street racing franchise spent his final moments on this earth in a sports car.  A beautiful and kind-hearted angel taken too soon.  Ironically, he wasn’t the one driving, let alone racing or speeding.  I blame the Porsche.  RIP. 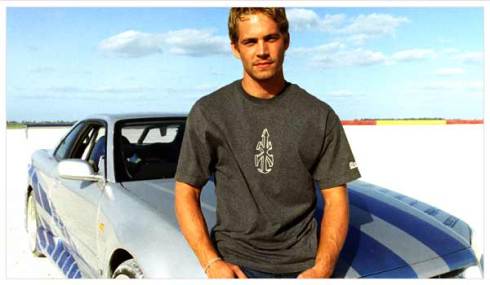