Ferris Bueller is a Sociopath 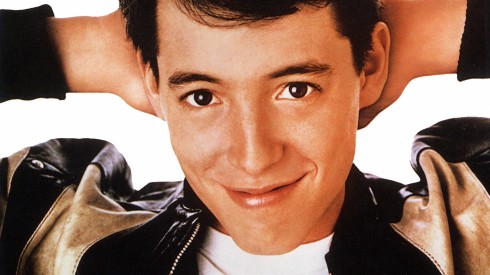 “Empathy, in my opinion, is not good.”

Okay, so technically he can’t really be a sociopath because you can’t diagnose that in a teenager since the part of the brain that regulates conscience isn’t fully developed yet.  But he is definitely a sociopath in training and would probably be diagnosed with Conduct Disorder (especially if Principal Rooney had his way).  His parents and the rest of society certainly enabled his antisocial behavior.  According to the professionals, sociopaths have at least three of the below attributes:

3. impulsivity, failure to plan ahead (impulsivity, check, but Ferris put quite a bit of planning into his day off; though he didn’t plan how he would support his teenage cheerleader bride)

4. irritability, aggressiveness (yes, on the one or two times he almost didn’t get his way)

5. reckless disregard for the safety of self or others (check, especially Cameron’s Dad’s classic car)

Ferris is also a pathological liar.  Abe Frohman; faking a fever; he even had his girlfriend fake a death in the family.

The most convincing trait, though, is the “glib and superficial charm” that sociopaths possess that allows them to seduce other people, literally and figuratively.  Everyone was in love with Ferris.  But Ferris seemed to love no one but himself.  His best friend and girlfriend are both mere accomplices, accessories and admirers.

His sister, Jeannie, was the only one who saw through him (aside from Rooney).  Jeannie Bueller is to Ferris as Doakes is to Dexter.  Immune to their charms and resentful of what they get away with.

It would take another sociopath in the form of a drugged-out Charlie Sheen (redundant?) to distract Jeannie from her bitterness.

You’re probably thinking, “Ferris Bueller didn’t kill anyone”.  But contrary to popular belief, not all sociopaths are violent criminals.  Many are characterized by their tendency to use people as a means to an end without guilt or remorse.  Many sociopaths are in finance or politics.

I used to think I was just being a paranoid player-hater like Jeannie Bueller, but when I saw the Bio channel’s special on the making of the film, the director himself said that the original cut was much darker, the protagonist a much less benign character.  They changed it to make it more fun and teen-friendly.

So there you have it.  I was right all along.  Anyone agree with me?  Anyone?  Anyone?

I am a Marriage and Family Therapist Intern currently practicing in Southern California. My other passion is film. I believe movies and television are like funhouse mirrors reflecting reality. Art imitating life. END_OF_DOCUMENT_TOKEN_TO_BE_REPLACED
This entry was posted on Friday, January 25th, 2013 at 12:10 am and tagged with 80sfilms, dexter, ferrisbueller, johnhughes, sociopaths and posted in Uncategorized. You can follow any responses to this entry through the RSS 2.0 feed.
« When you’re left ‘Home Alone’ you become a “Party Monster’
Dorner and Doakes: They Have a Lot in Common »

26 responses to “Ferris Bueller is a Sociopath”